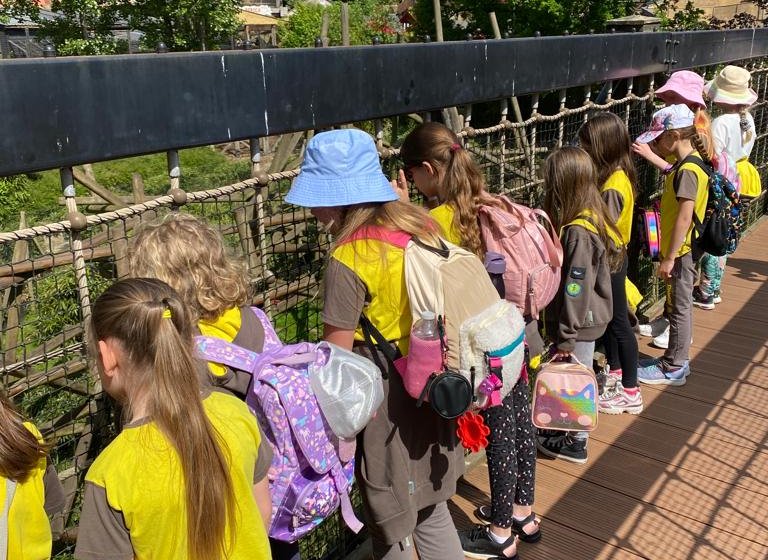 Nearly 150 brownies plus their leaders from across Southend East Division spent a fantastic day exploring Colchester Zoo back in May.
The brownies and their leaders arrived just as the zoo was opening and excitedly began their day out visiting lots of animals as they walked down the hill at the zoo. 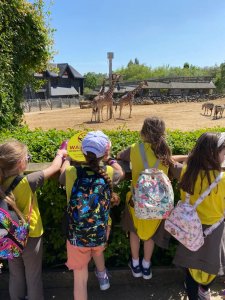 The brownies favourites included the giraffes who they watched being fed and lions sunning themselves in the Big Cat area – in fact the girls loved all the animals big and small. 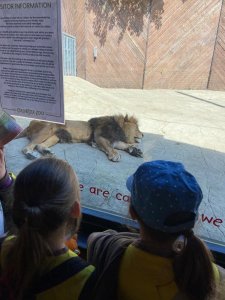 After many crys of ‘is it lunch time yet’ the brownies settled in shady areas for a relaxing break and lunch.
They also enjoyed some time on the play equipment & ice creams later in the day.

It felt like no time at all before the brownies returned to the coaches and were homeward bound. The brownies had fun on the journey too with the driver of one bus compiling a special playlist for the way home!

The brownies just enjoyed being out and about together after such a long break – many thanks to the trip organisers for the planning and form filling which enabled this trip to take place. 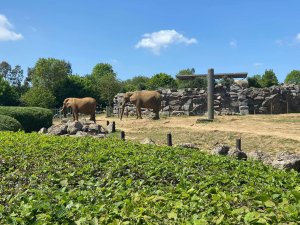 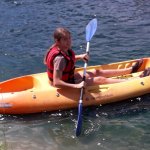